The story takes first place before the middle of the 21st century in the year 2036 AD(Earth time), in a fictional solarsystem far away from Earth, on a habitable moon called Janus, 1046 light-years away from Earth in the constellation Sagittarius

The main-person in the story, is named Orana Alvena. He is known as the Vice leader/Admiral of the military division in the Inter-Galactic Federation, and his own father is the Commander-in-chief, King Borana Alvena. Commander Orana Alvena died in a horrifying battle against an evil civilization from the Andromeda Galaxy(Xurunia Galaxy). They shot down his spaceship. He then awakens on Earth, sent by his own Goddess of the planet Janus, Alveria.

His soul were sent to Earth by her, and then he were born on Earth. He were sent to Earth, to tell the humans about the danger that is out there. The humans need to join a federation, an inter-Galactic Alliance Federation(IGAF). A federation about different civilizations in the Milky Way and other places in The Universe need to cooperate to make peace and tranquility in the universe. This are what all civilizations are fighting for. It is only one civilization who doesn't follow this, and are the only threatening civilization in The Universe, and that is they from the Andromeda Galaxy. That is what we humans call it. To the known civilizations in the universe, it is called Xurunia Galaxy. 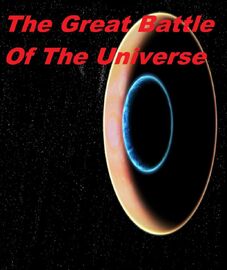 The Great Battle of The Universe poster
Add a photo to this gallery
Retrieved from "https://the-great-battle-of-the-universe.fandom.com/wiki/Introduction?oldid=4362"
Community content is available under CC-BY-SA unless otherwise noted.